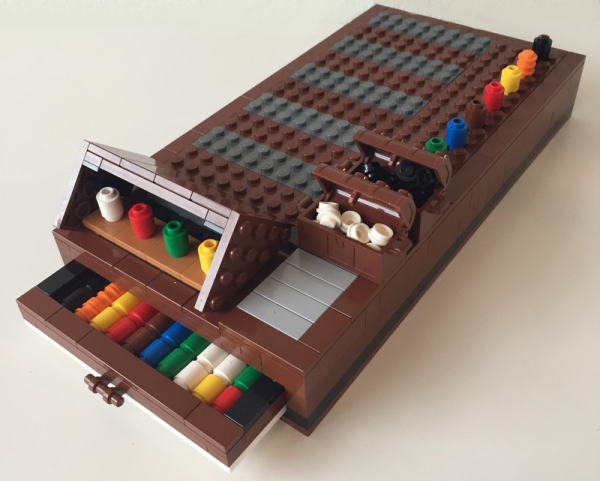 Mastermind or Master Mind is a code-breaking game for two players. The modern game with pegs was invented in 1970 by Mordecai Meirowitz, an Israeli postmaster and telecommunications expert. It resembles an earlier pencil and paper game called "Bulls and Cows" that may date back a century or more.

Since 1971, the rights to Mastermind have been held by Invicta Plastics of Oadby, near Leicester, UK. (Invicta always named the game Master Mind.) They originally manufactured it themselves, though they have since licensed its manufacture to Hasbro worldwide, with the exception of Pressman Toys and Orda Industries who have the manufacturing rights to the United States and Israel, respectively.

Starting in 1973, the game box featured a photograph of a well-dressed, distinguished-looking man seated in the foreground, with an east Asian woman standing behind him. The two amateur models (Bill Woodward and Cecilia Fung) reunited in June 2003 to pose for another publicity photo.

Originally the games is played with 6 different coloured bigger round headed pegs and black and white flat headed smaller pegs for the 'code-maker' to show the 'code-breaker' with white pegs the amount or right guessed colours or with the black ones to indicate number of right colour and right placed colours.

This 'brickyfied' version is based on 8 colour pieces round brick 1x1 in black, white, red, yellow, blue, green (the original Lego colours) amended with orange and brown. For the black and white pegs I used the plate round 1x1. This one works very well and the kids love it.