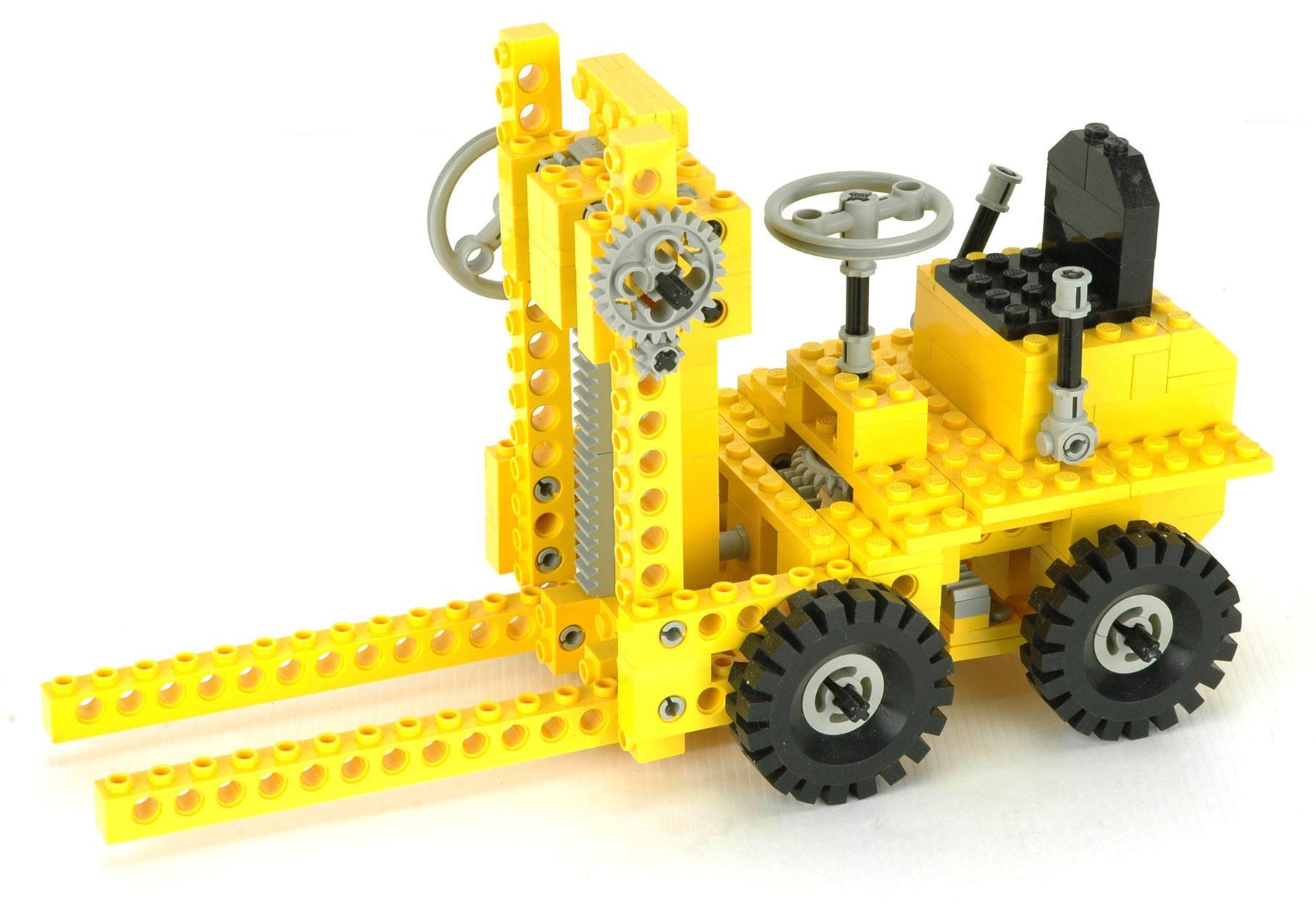 This set was released with a price of 36.50 guilders.

This is one of the least complicated of the forklifts released by LEGO®, but for the time was an excellent example of using the rack and pinion sets for something other than steering, and was an early example of using axles and pins in addition to studs for construction.

The rear wheels can be steered using a vertical wheel at the driver's position. The steering wheel drives an axle connected to a 24 tooth crown gear. Torque is rotated 90 degrees by a 24 tooth spur gear (via the crown gear used as a bevel gear).  On the same axle is an 8 tooth pinion which drives a pair of racks.  The steering mechanism itself uses 6 traditional 2x2 swivels with 2 pair allowing rotation of the wheels about the vertical axis and another pair acting as control arms attached to the rack gears. Simple axles allow the wheels to rotate freely.

The forks can be raised and lowered using a horizontal wheel on the front right of the vehicle. An axle transmits torque all the way to the left side where it is passed into a parallel axle using a set of 8 tooth and 24 tooth spur gears.  Finally, a pair of 8 tooth pinions ride on 6 racks which lift the forks.

When the forks are up, the rack gears protrude above the vehicle, making vertical clearance a problem. On the other end fully lowered the forks don't touch the ground due to the construction. You need pretty cargo pallets to lift your stuff.

Not much weight can be placed on the forks or they will back drive the mechanism. There is no back stop on the wheels.

Still an iconic set for those years.