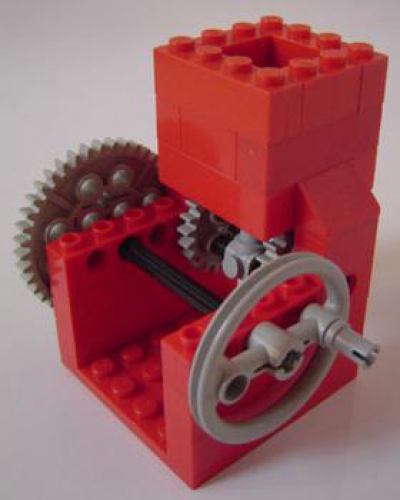 This set was introduced with a set price of 16.25 guilders. 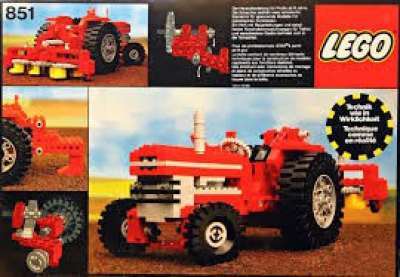 In its year of introduction this set was priced 50.75 guilders. 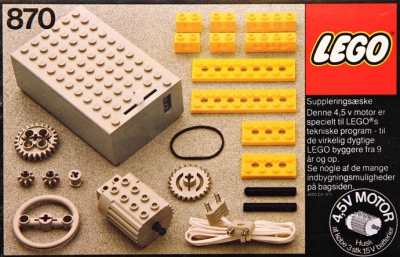 This supplementary power pack was meant to bring some action in your sets. You could motorize the technic sets. The bigger sets were a number to big for the 4.5 volt motors.

The ads said to bring your technic ideas to live. Let your cars drive, your machines work and move your other creations.

In its year of introduction this set was priced 42.50 guilders.

This set was released with a price of 36.50 guilders. 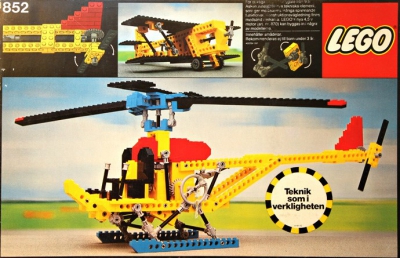 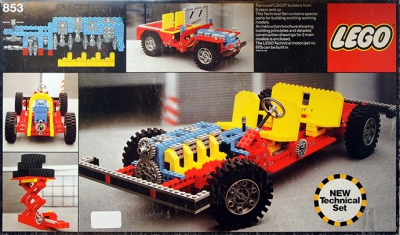 Set 853 was released under the "Technical Set" series in 1977 in Europe.  It made it to the US in 1978 with the number 956 as an "Expert Builder"set.  This "Super Car" features a 4 cylinder in-line engine, a 2 speed transmission, steering, and adjustable seats.  The back seat arm rest even stows!  Traditional studded construction is used almost exclusively.