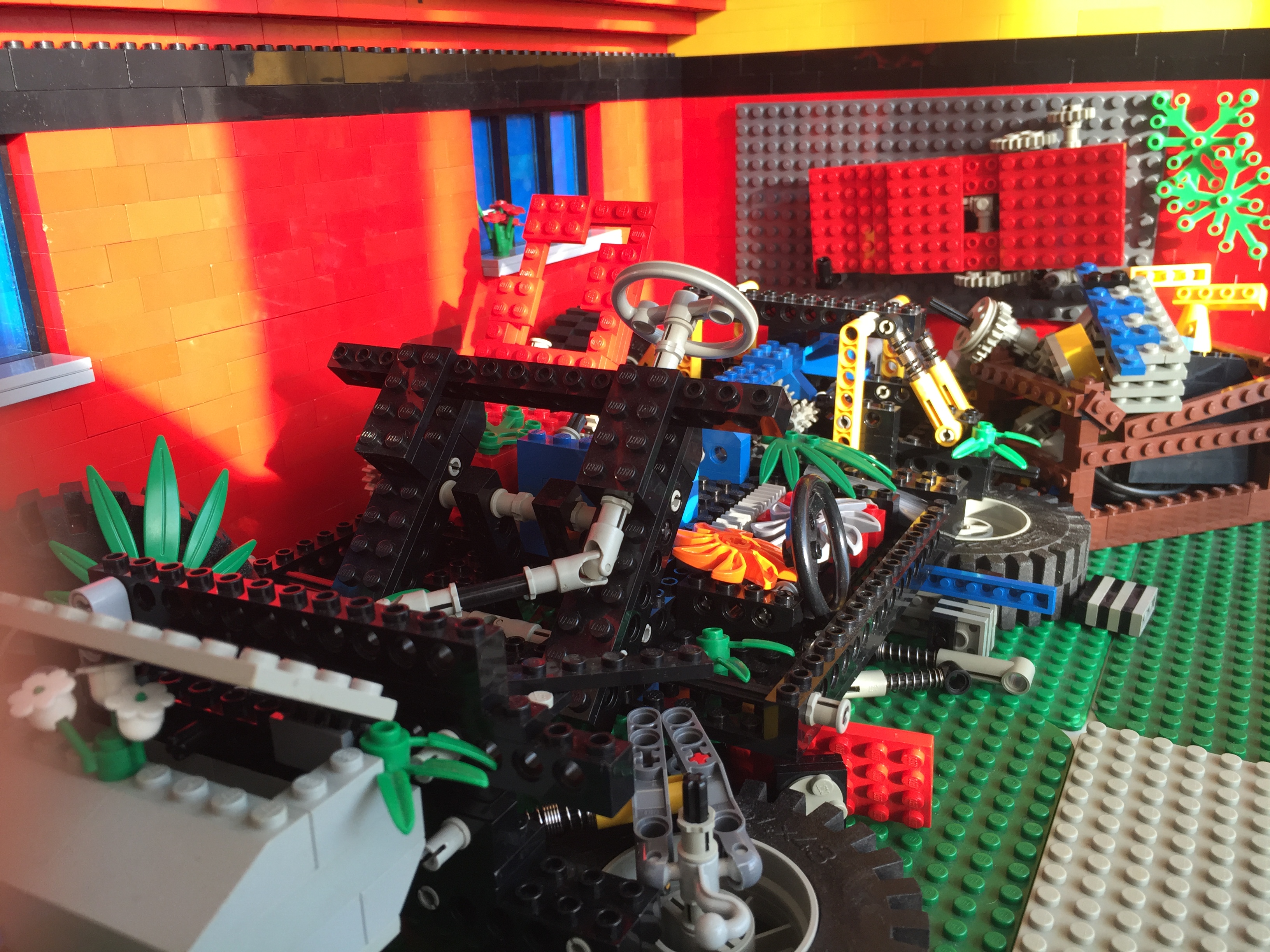 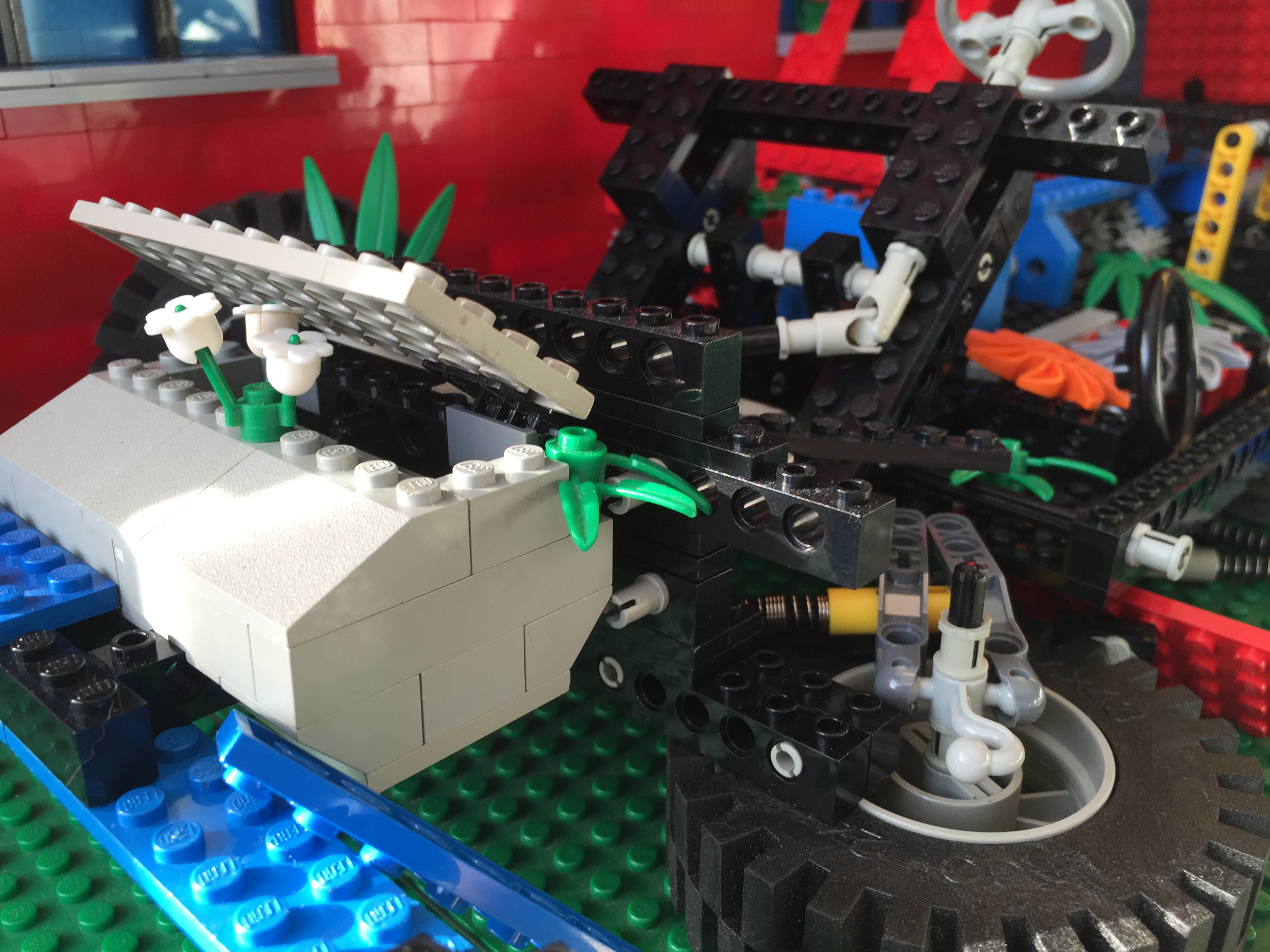 However getting back to the state I found this glorious car in. As you can see from the pictures somebody did his utmost best to destroy this one from his original glory. Which happens regularly that people in there honesty think that this is bringing a set back to live. This one as you can see was left behind, probably because the owner at that time forgot about it or didn't get it back working as expected. You see it happened somewhere beginning 2000 or end nineties because as you can see in the front at the steering where originally the 1x8 technic bricks were used for overall strength you see a technic beam 1x7! Actually from the dirt and the flowers growing in the front box you can already determine that this car was left to the mercy of time. The chairs are worn off and not complete anymore. These ones need to be taken apart and those parts damaged by growing plants or even missing need to be replaced. the one 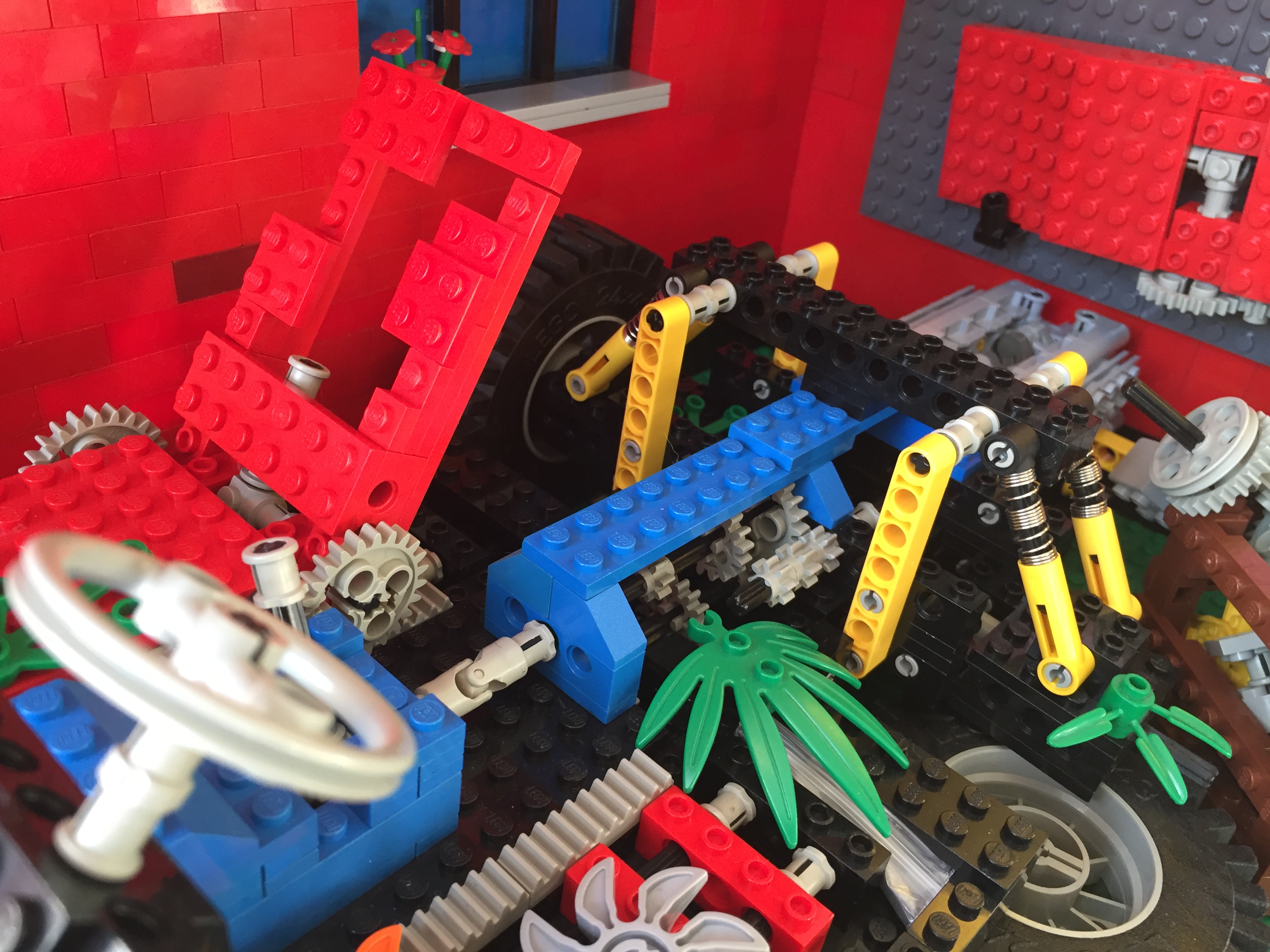 hanging on the wall seems in good condition and might be restored already. Then the driveline this is tear jerking what has happened here. I really don't know why you want to pimp this car with a bigger engine! It has already a 4 cylinder from the original design, boxer even. As you can see from the yellow reinforced springs there was an attempt to go for an eight cylinder with the Engine Cylinder (2850) introduced in 1990 with the yellow piston. To acknowledge a way more realistic representation of an engine with a realistic crankshaft. But totally misplaced on the Car Chassis 8860. As you can see with the parts left from the old engine in the crate next to the shadow of this set it once was. Even the fix of the steering as you can see was done without knowledge of how car steering works. Let alone the fact that this looks like an attempt for front suspension as well. With this fix the Ackermann effect was destroyed so the tear on the tires will be tremendous. For this kind of cars a nightmare, because every Sunday drive you are a trip closer to start again a quest for tires fitting this model. 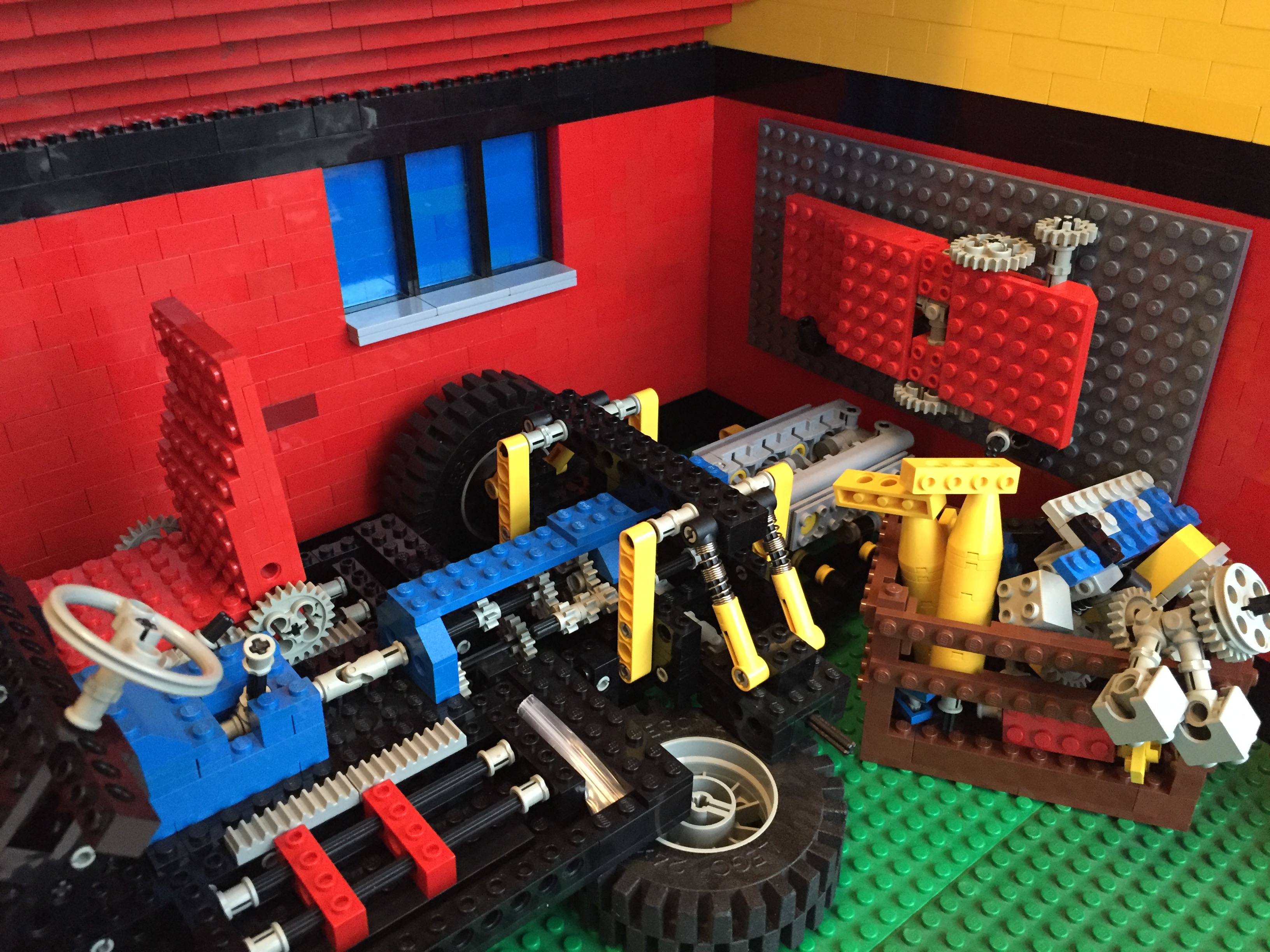 Because the slick and close to reality looking tires nowadays just don't look good on this model. Which was again the plan of this guy looking at the pile of tires in the front. A general problem is with sets where rubber belts are used like for this one at the car seats and for the engine and cooler the fan belt. You really need to know your suppliers who still can provide the original rubber belts. The same goes with hoses from the early pneumatic sets. I was myself disappointed several times from ordering replacements and just receive hoses used in the aquarium business or from RC Nitro cars. As if you as a connaisseur won't see this. Summarizing all my findings on this set I found again a challenge I was hoping for. The majority of the parts I found back in corners and crates left back to be forgotten. Again a successfull hunt for glorious Technic Lego sets.

When I browse barns or attics for sets left behind I really turn every box or move what ever is in the room to find that one big lucky find, you are looking for your whole live. Like a MINT set from the seventies or one of the bigger sets of the eighties. You hope for sets that still have some chance of restoration in it. Every bright color piece looks like a brick in the first place. It takes dedication and perseverance to continue after each disappointment. What I also do after finding a set is looking for crates with remaining parts of the set in other corners of the barn or attic. Asking the owner if he remembers storing Lego Technic elsewhere in 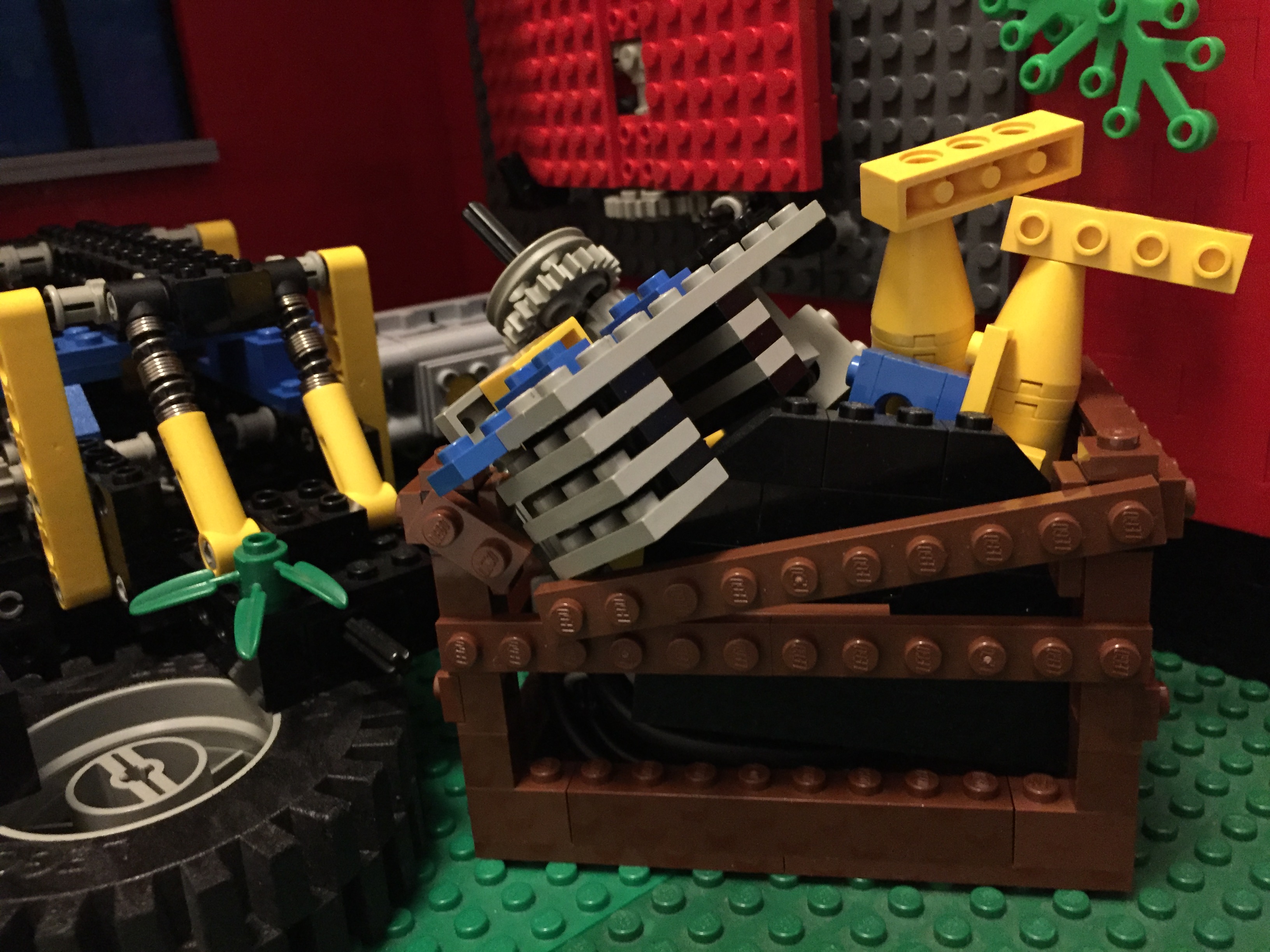 his house he forgot about, when I feel bold enough what I have sometimes. Just to make sure I did everything I could to salvage all the possible parts to bring the set back to its original glory. Which is in it self a tedious but rewarding and satisfying job. Finding a set gives me the same feeling of endless joy and gratitude I had when I was 10 years old, getting the Car Chassis 8860 for my birthday. This size of sets is a real gift for Lego lovers, anyway the power to keep the child alive in yourself. On the way home I am already floating away cleaning and building the set in my head by heart. Going through the found pieces in my head to determine which ones are missing memorizing the ones that are probably missing or are broken.

With certain sets always the same pieces are missing or broken. Like the toothed connector or 8 tooth gear, which is most of the time squeezed or with another not Technic set 378 a Tractor with steering from the seventies, which I like very much, where always one little black toothed part is missing in the steering (part 872). I even tried to have this part replaced with a 3D printed one but that didn't work out.

What I normally do is taking apart carefully the whole set. Clean all the parts and look if all parts are in acceptable condition and belong to the time era of the set. Like a seventies set with slope bricks 1x2 shouldn't suppose to have bottom tubes. It sounds silly because you can't see it when the set is complete. However knowing it is not the case already reduces the charm of the restored set. It is like knowing that an very old famous painting is fixed with some acrylic paint. An average museum visitor wil not recognize the difference, but the restorer is sad for the rest of his live. I do clean all the parts with lukewarm water in a bowl with a tooth brush medium strong, to avoid any risk of scratching the pieces. Even the best is a tooth brush with wooden stick which reduces the scratching of the weaker plastic even more. In case you accidentally go rough on the brick with the stick of the toothbrush. Just to avoid any risk and to do your utmost best to 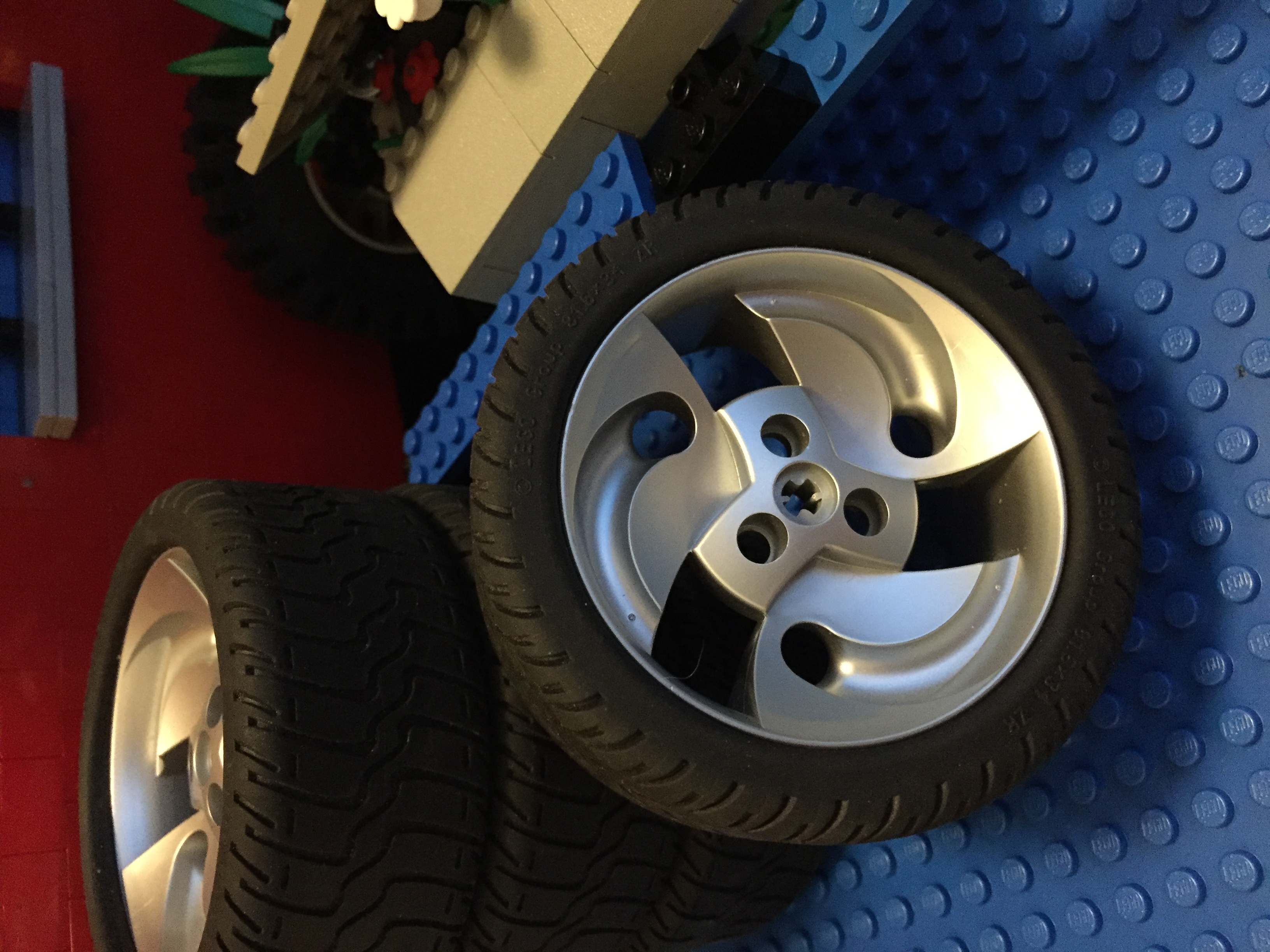 bring the pieces back to pristine conditions. You can't be to careful enough to my opinion. While cleaning you could just use a drip of dishwasher soap. The one for the hand wash not dishwasher machines, that soap will immediately destroy your plastic parts and will suddenly crush your quest for this last gem of a set you found. When your set was found in an extreme dusty or gross, murky waters or sandy environment I start with a few hours in salty water. Salty water easily dissolves all kind of dirt and brings it to the surface and releases dirt easily from the inside of bricks. It rises to the surface of the water bath and you can 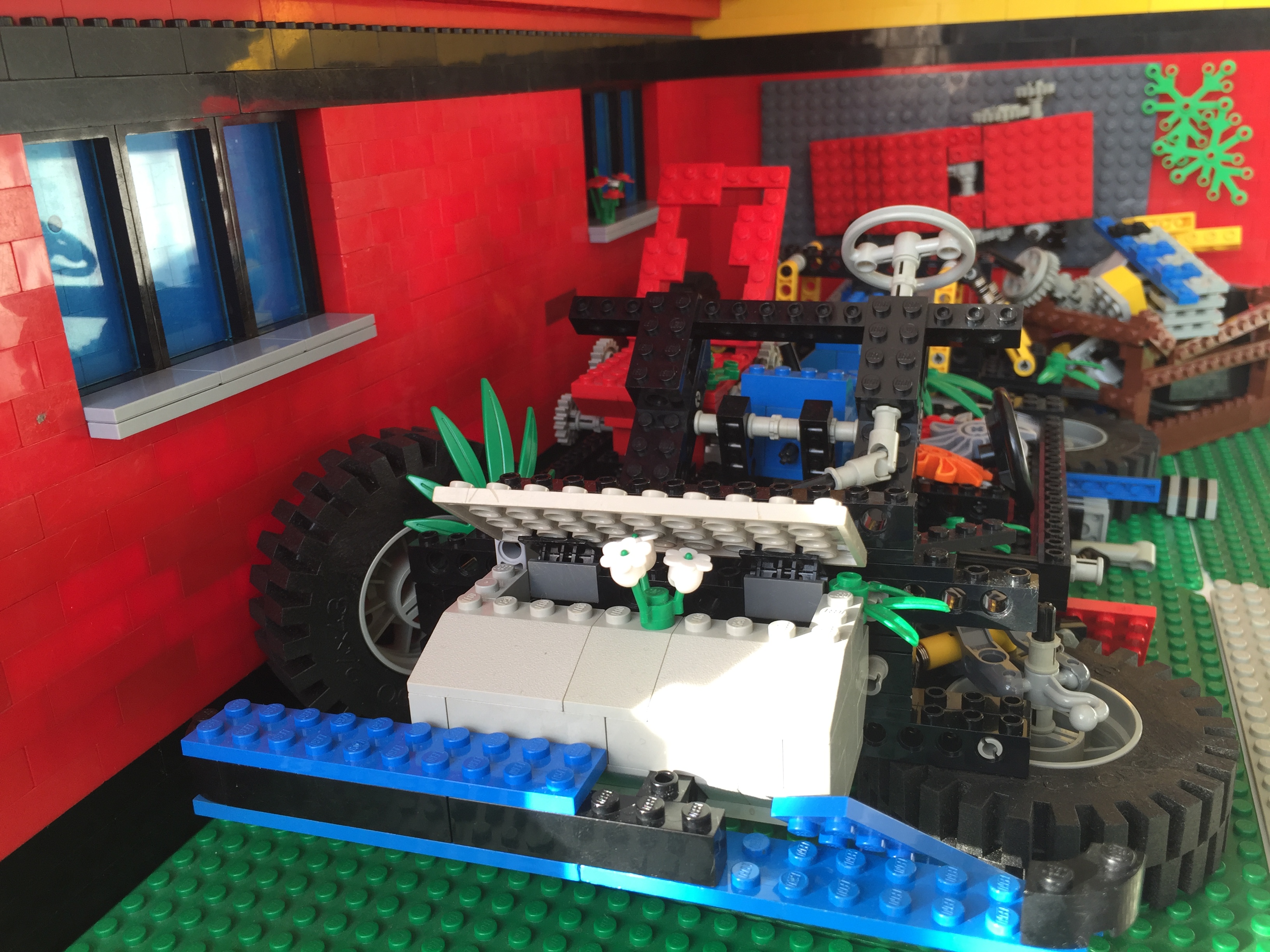 easily poor it away. Than the cleaning and inspection of each and every part can start. This will take several hours and will give some muscle pain due to the very small and regular movements you make with the brush in one hand and the part in you other hand. Especially after a bath of salt you have to clean each and every part to avoid that you get this white shade of salt on the parts after drying them.

When this part of the restoration process is finished I normally fire up bricklink.com to investigate what parts I miss. After making my list of missing parts I check my own stock of left over parts from other scavenger hunts to see what I can use otherwise I go back to bricklink.com again. Now the hunt starts for shops which can replace me the damaged or missing parts. This in itself is a quest as well. After years of doing this work you know which suppliers deliver to what they promise. Luckily there are more of my kind who treasure Lego and can provide me with parts from the seventies in pristine condition. In this process you see your set growing to its original beauty and glory. After finding out who can provide you the missing pieces you try to group the parts to as less as possible suppliers. Finally it is just a push of the button and the waiting starts for the actual reception of the parts and go for the final steps. This means restless sleep and checking the mailbox in the morning when you go to work and in the evening when you come home tired but waiting for that glimps in the mailbox. 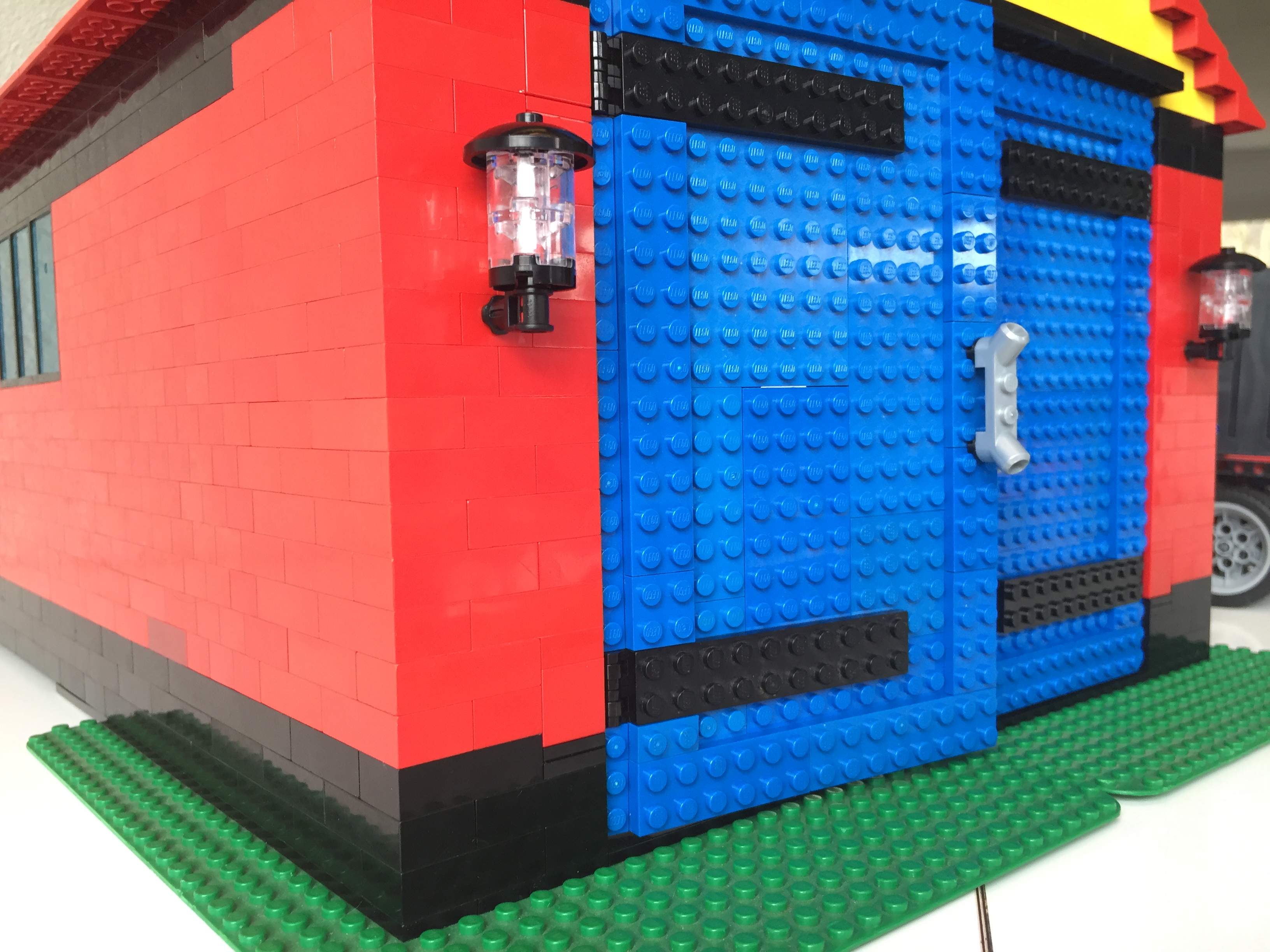 Sometimes I even start building till the step where I need the parts I am so desperately waiting for. Finally you receive the parts and the final trip to a finished and restored set can start. This is really a great experience every time again. seeing your found set growing step after building step. Building your found set you forget about the pain stacking cleaning hours of every single piece. You forget about all the scratches and cuts you endured during your searches in these old barns, attics or basements. The risks of stepping into something sharp or worse falling through some old rotten wooden floor. This all becomes a faint memory during rebuilding the set found. This is always each and every time the climax to another victory of saving a set from the destruction of time and giving it the attention it deserves. Putting it on display for others to enjoy its beauty. Even trying to get it a place in a roadshow to travel the world. Finally it is a start for a new hunt for a new adventure finding these long forgotten sets from the past. 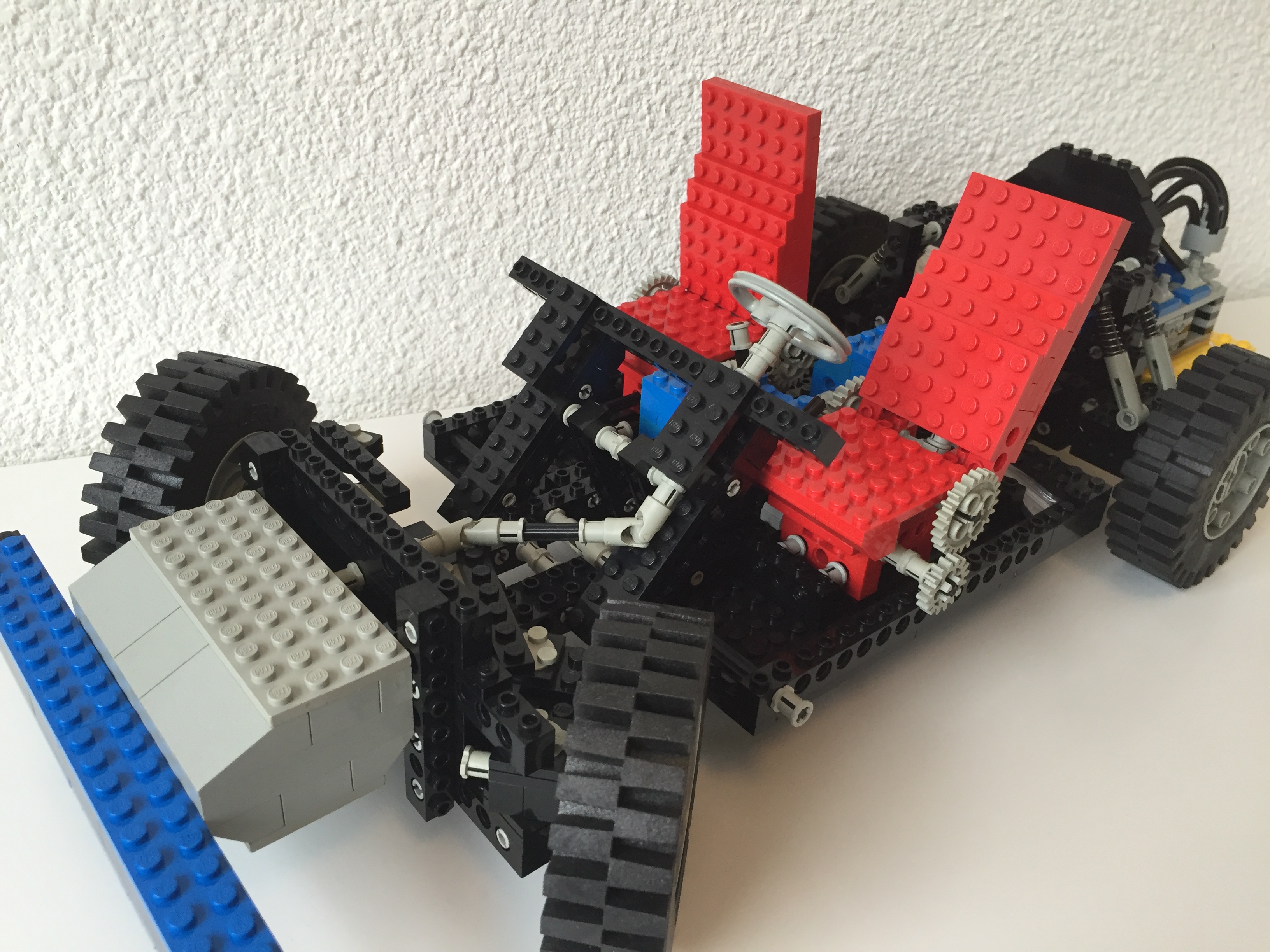